During the time after Simone’s diagnosis, everything felt heightened – including my gratitude.

Simone was readmitted to the hospital on a Wednesday – the day when she thought her chemotherapy treatment would begin, but which turned out to be the day she learned she was beyond treatment.  I planned once again to spend the nights at the hospital with Lauren and Simone so Lauren could sleep.

For some reason, I thought I’d have trouble making my way up to the hospital alone that first night back.  OHSU is up on The Hill, as we say in Portland – and is a world unto itself.  It’s easy to get lost if you are not familiar with it.

Less than a week before, I’d come to the hospital three days in a row, but now I worried maybe I’d been too discombobulated.  And hadn’t my dad driven me that one time, so had I paid enough attention?  And it was dark this time – almost 11:00 pm – where every time before I’d come when it’d been light.  So I was anxious.

I called Garth and asked him to keep me company while I walked around Kohler Pavilion (the tower building where Simone and Lauren were staying) and looked for another way in.  It started to rain.  After a few minutes, I rounded a corner and there was an obvious entrance: 3-stories-high glass windows and automatic glass doors that, combined, stretched for tens of yards providing a view into a foyer and, beyond it, a bank of elevators.  Except the automatic doors wouldn’t automatically open, and there was no one in sight in the foyer to whom I could even pantomime my frustration.  Lucky Garth got to hear about it all.  I kept walking.

Ahead, emerging as if from a secret compartment in the side of the outer wall, two white-haired people exited the building.

I ran to catch them, saying, Excuse me, excuse me.  They turned.  My niece is on Floor 14 and I need to get up there but I can’t get in.  The elevator for the parking garage doesn’t work.

Then the woman – who was petite and 80 years old if she was a day – said, You didn’t see us.  I was confused and asked what she meant.  She repeated, You didn’t see us.  Then she and the man conferred, and I understood they intended to use their pass keys to help me get in.  It was so dark and wet, and the building had started to seem so impenetrable that this kindness struck me the way it would have if someone had offered to smuggle me out of Russia during the pogroms.

We found a loading dock further down the side of the building and the three of us strode up a long cement ramp.  The man took out his key and let me in.  Just head down this corridor, take a left and you’ll see an elevator.

If I believed in angels, I would tell you here that I’d been sent a couple of them.  I don’t happen to believe in angels in the strictest sense.  But those people, heading home very late after what was likely a long day – well, they could have just pointed me in the right direction.  The Kohler Pavilion surely had another entrance somewhere that would have admitted me.  They could have said, Go that way, and left me to it.  But they didn’t.  They helped me – an act so simple it turned my anxiety and frustration into thankfulness – which in turn made it possible for me to find the resolve I needed to show up for the unfolding night. 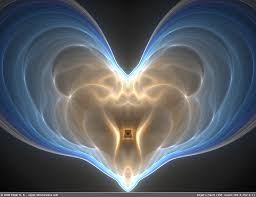